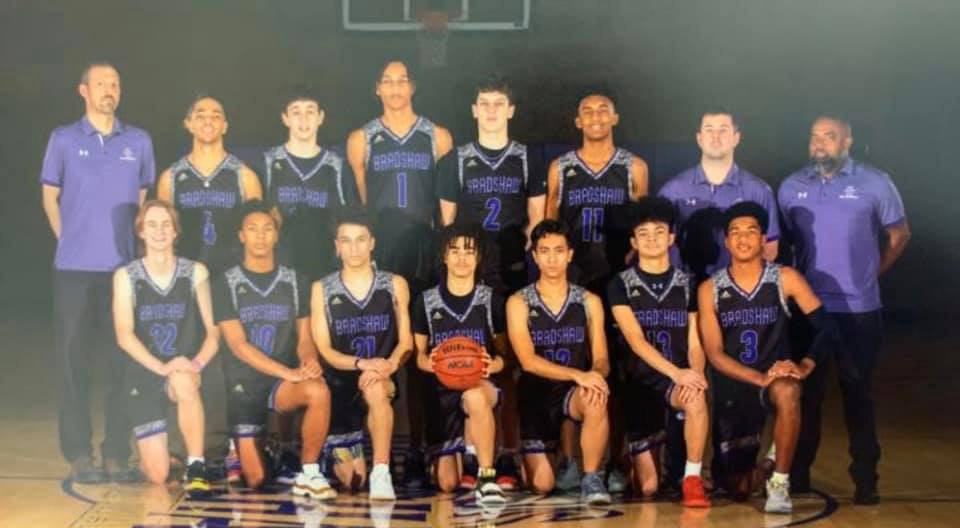 in All School, Athletics, Boys Basketball

Bradshaw Christian High School boys’ basketball team is headed for Golden 1 Arena on Friday for their D-V section championship game versus Brookside Christian HS of Stockton (22-8). Brookside won the section championship last year facing Argonaut, who they beat this year in the semi-final, 80-59. Bradshaw got to this point with a decisive win, 60-45, over Denair, led by varsity head coach, Alex Williams in his debut year. Williams also played for Bradshaw before he graduated in 2009. With an 18-12 overall record, and playing in the SVC league with D-4 teams, Bradshaw has honed their skills with a rigorous schedule.  For BCHS, it will be their first appearance at a championship contest since 2011. The Pride boys’ basketball program has had only one section title win, which was in 2009.

Jaylen Patterson leads the squad in scoring with 13.9 points per game, followed closely behind by Javion Cooper with 12.6 pts/game and Ethan Patterson at 9.7 pts/game. Cooper, standing at 6’8”, also leads all players with 12 rebounds and 4 blocks per game. With only three seniors, Javion Cooper, Nic Porter, and Josh Feril, Bradshaw looks to come back next year even stronger.