BC Varsity Football Wins Game of the Season

By John Hull Special to the Citizen

While most of the Sac-Joaquin Section’s football teams kicked off the 2019 season in 90-degreeplus weather last weekend, Bradshaw Christian made a trip to Richmond and took on Salesian
College Preparatory School on a breezy 72-degree Saturday afternoon.
The Pride debuted the season churning the artificial turf in Richmond for 264 rushing yards while
playing gritty defense for a 24-7 zero week win.
“Our running backs will be the props, but our line played great today,” Bradshaw head coach Drew
Rickert said. “They were much bigger, but our line took it to them.”
Pride halfback Nate Grant led the team with 102 yards on 12 carries and all three of the Bradshaw
touchdowns. Jeremiah Bonner-Hayes added 88 yards on his 10 carries.
But, nursing a 16-7 lead early in the fourth quarter the Pride defense had to come up with a stop on
fourth-and-goal at their own four yardline that helped to put the game away for Bradshaw.
“That changed the whole momentum of the game,” Rickert said. “We were having success on
offense, but defense we were struggling so that stop was huge.”
This Friday Bradshaw will continue its non-league slate with another road game, this one at
Durham.

Easiest Way to Support BCS, EVER!

Are you gearing up for holiday shopping yet? When you shop Amazon for anything, a portion of every dollar you spend will be donated to BCS! 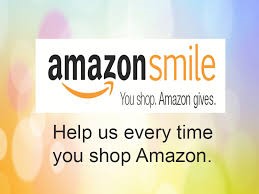 Here’s how to do it!