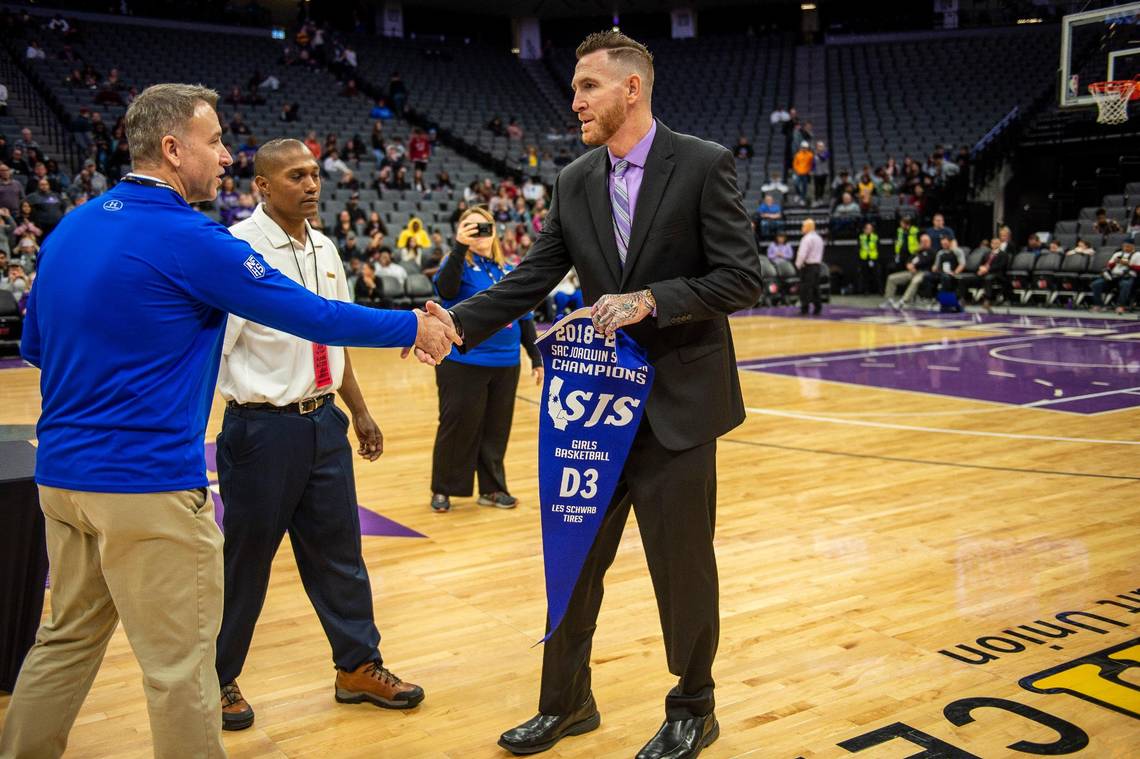 in All School, Athletics, High School

This Time, and For the FIRST Time, It's a D-3 Title

Bradshaw Christian High School will mark the commencement of its 13th graduating class this May. Competing at the varsity level for their sports programs has only happened in the last 11 years.  A winning tradition for the women’s basketball program almost began on day one.

Small but mighty, may also be a tradition for the Lady Pride. Their squad has never numbered much over 10, and the last few years have seen even smaller numbers. Last year there were times when only four players were on the court due to foul trouble and no one else available from the bench. Yet, they win.

This year Bradshaw entered a more competitive league, Sierra Valley Conference, and plays much larger schools than in the past. BCHS has an enrollment of 370 whereas their competitors draw from enrollments nearly three times that. And boasting a roster of eight players with none measuring  over 5’10”, the moniker “small but mighty” may be truer than ever.

The coaching this team has received over all eleven varsity years has come from one individual. The “do it all” coach/athletic director, Mike Ruble, has been at the helm taking the young ladies through the paces of rigorous practices and pitting the squad up against some of the best teams in the country during the off-season. But even the 6’8″ Ruble was made small this year. When a health issue required him to have open heart surgery, his presence was missing at court-side for several weeks during league play. But, with post season approaching, his healthy rebound, and incessant pleading with doctors, he was able to return to his surging Lady Pride and guide them through the playoffs, culminating with a very satisfying and momentous, D-3 section title championship.

We congratulate you, Lady Pride, and we hear your mighty roar as you continue your winning ways!

Please view the news article below from the Sacramento Bee on the momentous win.