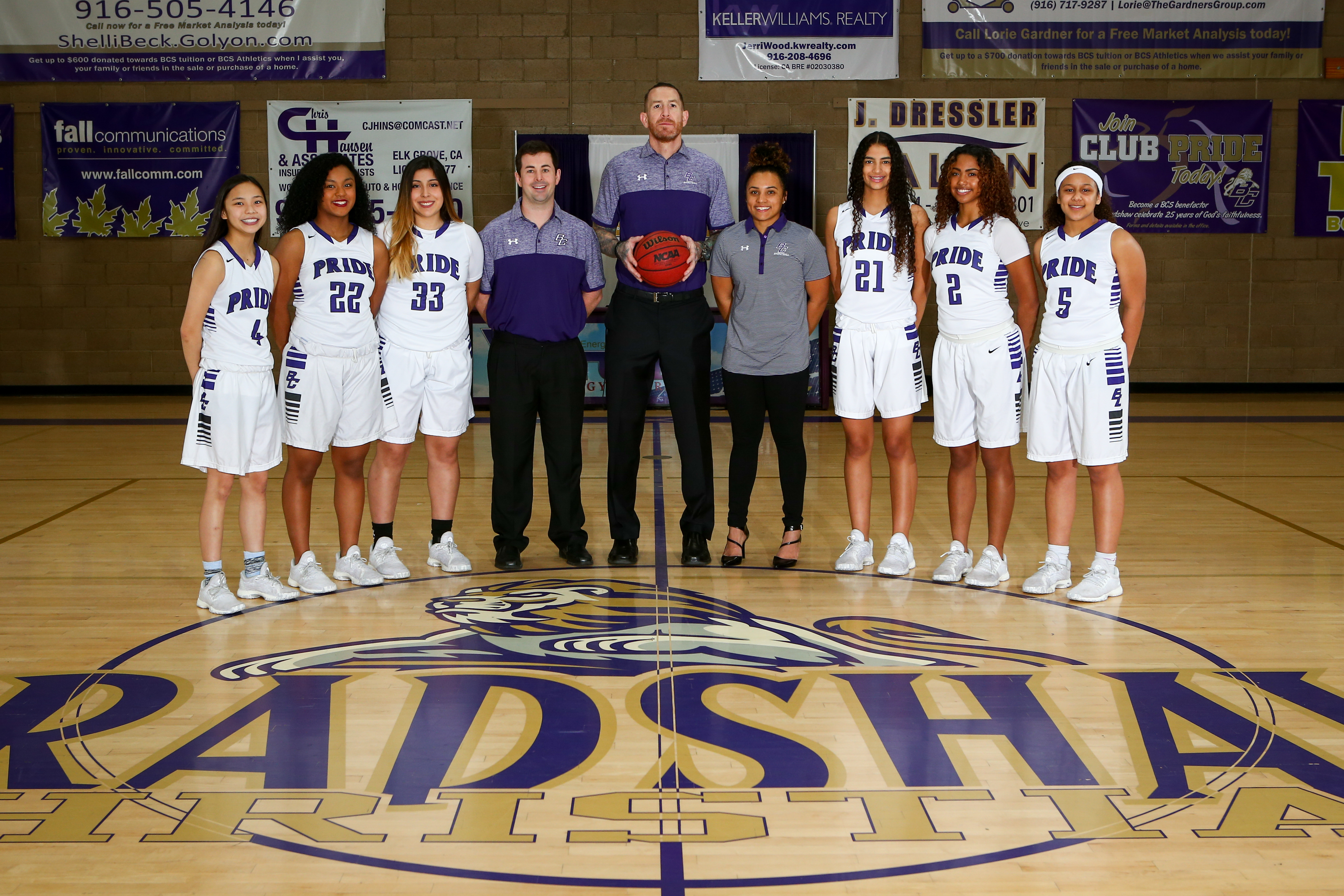 in All School, Athletics, Girls Basketball

The three remaining players on the floor to defeat Union Mine in the Nor-Cal playoffs. Left to right, Anaya Mejia, Lani Fall, Jordan Patterson Reid.

At Bradshaw Christian, the girls varsity basketball program is no stranger to winning titles. Since the first season in 2005 till today, they have racked up 12 league titles and 7 section titles. However, they have never won a Nor-Cal regional title….which MAY be about to change. HOW they will do it is maybe a more remarkable story than the actual title. What are the odds of getting to the finals in northern California with the assumed deficits of this team? The first deficit is a six girl roster that has been taken down to 5 during the playoffs due to injury. The five on the floor have been asked to grind out 34 games from the tip-off to the buzzer. Maybe this is what has made them so formidable. Constant floor time gives them much practice honing their skills and plays to perfection. And endurance, even after full court presses and defense that smothers and frustrates the best of teams, has been a true marker of this small but energetic team. What is also a perceived deficit of this short roster, is just that. The height factor is also on the short side, with no player being taller than Laida Mangang at 5’10’ and one player, Lani Fall, being all of 5’3″.

As for the road to get here, the Lady Pride handily won their league this year by going undefeated with an average 58 point spread. Playing nationally ranked teams in the pre-season gave them their 12 losses. The exception was loosing to Christian Brothers, who took their win to eventually capture the D-III Section title.

The “Fearless Five”, as Coach Ruble endearingly calls them, had an amazing round two Nor-Cal playoff game versus Union Mine. “We realized quickly as the game started, they were every bit as good as we thought,” Ruble recalled. “The environment was amazing. It was crowded, it was hostile and it was us against the world.” During the course of the game the Lady Pride trailed by ten more than a few times before they made their final run. They were up by four points at the two minute mark when Jasalyn Brown fouled out. The next possession resulted in a second player, Cookie Marques, fouling out with one minute left on the clock. Down to a two point lead, the Lady Pride ran the clock down. But in dramatic fashion, with only three players on the floor, Jordan Patterson Reid hit a three pointer, twice, sealing the victory.

Now, with the return of their sixth player, Laida Mangang, the semi-final game versus Notre Dame from Belmont, the Lady Pride were able to contain the formidable center on the normally dominating, second seeded Lady Tigers.  Having not lost on their home court this season, Notre Dame was caught off guard by our little but “Sensational Six”. The final score was also a bit of a shock to the fans in the stands, if not the team itself. Draining nine, 3 point goals was a game record for our girls this season and helped take the wind out of the sails of the tough Notre Dame squad with a final score of 62-31.

For the second time in their short 13 year history, the Lady Pride basketball program is going to the Nor-Cal Championship game that takes place on Saturday, March 17th. They face number one seeded, Woodside Priory, in their little home gym. But hostile territory hasn’t phased them yet. You might say the BCS Lady Pride is peaking at the right time. Or, you might also need to say with Shakespeare, “Though (they) be but little. (they are) fierce!”